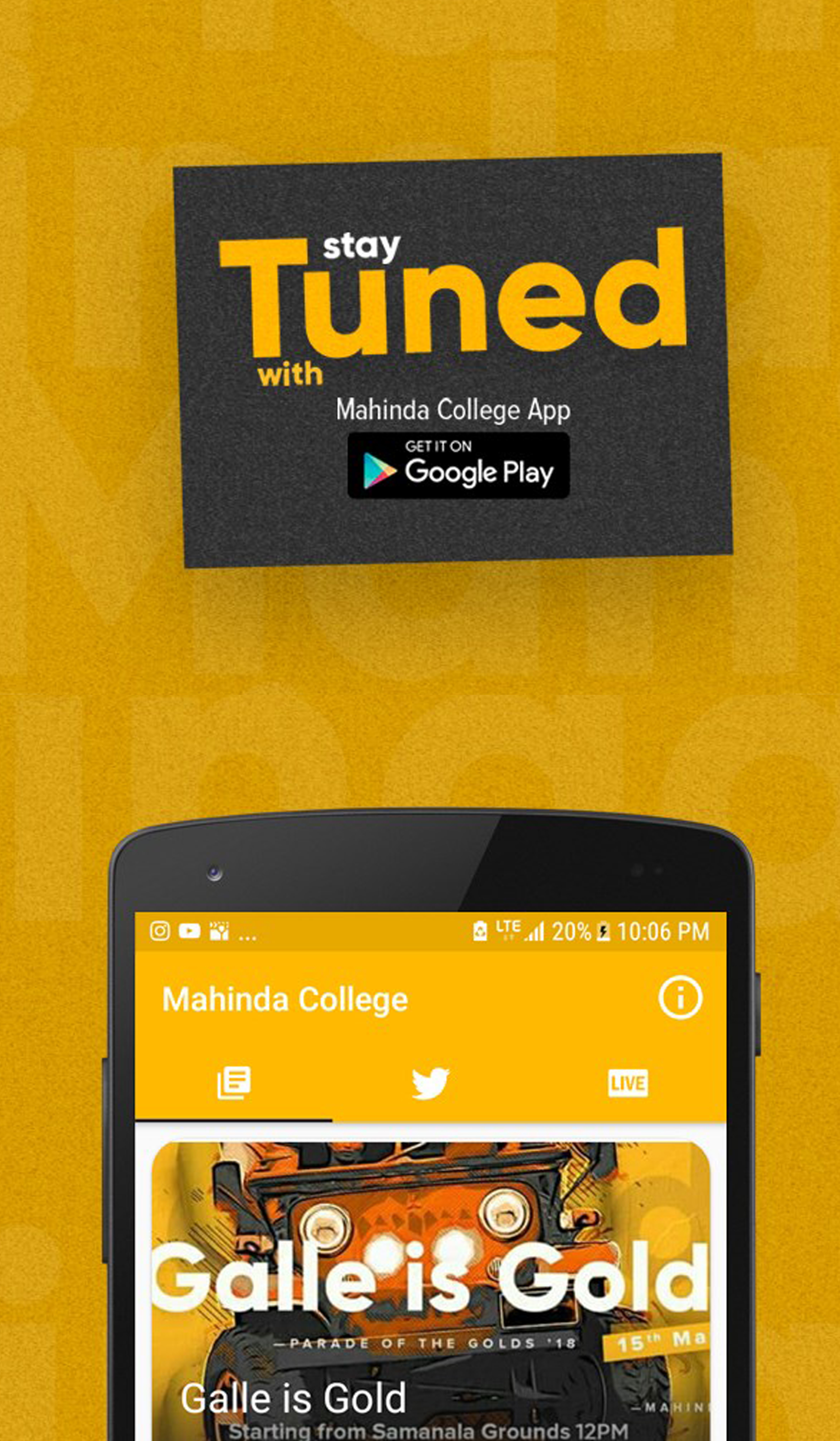 Best wishes to our own Nipun Malinga and Navod Paranavithana on getting selected to the Sri Lanka U19 Cricket Team - India Series 2018. Make Mother Mahinda Proud ! ❤

"Eternal Flames of Woodward" The 66th Death Anniversary of Frank Lee Woodward.
Mahindians, rally together to commemorate the bright spark of Mother Mahinda. One of the extraordinary men of Mahinda, who served as Principal for 16 long years at the realm.
The idolized and the glorious shadow behind our school, the pinnacle of Mahindians; Frank Lee Woodward, will be remembered on 27th of May.

U19 Basketball Team All Island Champions !

Congratulations to the Mahinda College Under 19 Basketball Team which emerged Champions at the All Island Interschool Basketball Tournaments - 2017 by defeating Kularathna College.
Special thanks goes to the Coach, Mr Dananjaya Sameera and the MIC, Mr. Lal Rajapaksha.

Thank You Teachers! For Teaching Us How to Dream!

The Annual limited overs match which is held parallel to the Lovers' Quarrel between Mahinda College and Richmond College was held in Galle International Cricket Stadium on 24th March 2018. Richmond college won the toss and elected to ball first.

New Bus for the college

Mahindians and Richmondites are fighting it out for the triumph of 113th Ultimate Quarrel of Lovers, on 16th and 17th of March at the International Cricket Stadium, Galle. While Mahinda is batting for second innings, the Match has been stopped due to the rain.

Mahindians and Richmondites are fighting it out for the truimph of 113th Loversquarrel, on 16th and 17th of March at Galle International Cricket Stadium, Galle. These are few snaps from the Day 01 of the Mahinda Richmond Big Match. Big Match will be live telecast by Event Tv and the live webcast on lq.lk .

Mahinda Richmond annual friendly debate was held in parallel to the 113 the Lovers Quarrel. Big Debate was held at Richmond College Main Hall on Tuesday, 13 th of March 2018.

Nite of the Golds

The function of introducing the Mahinda College 1st XI cricket team for the 113th Lovers Quarrel was held on 12th of March 2018 with the presence of The Principal, teachers and mahindians at Mahinda College.